LOS ANGELES– Playwright D.W. Gregory, author of Radium Girls and Memoirs of a Forgotten Man, has been included in a video wiki “Seven Talented Contemporary Playwrights,” by Ezvid Wiki.

Gregory is cited for her most-produced play, Radium Girls, which has received nearly 1,200 productions worldwide since its publication.  She recently closed a National New Play Network rolling world premiere of Memoirs of a Forgotten Man with the Contemporary American Theatre Festival, Shadowland Stages, and New Jersey Rep.

“It’s quite an honor to be included,” Gregory said. “These are not only exceptionally talented writers, they are also lovely people who’ve done a great deal to promote the work of their fellow playwrights.

“Jacqueline Lawton especially has been a wonderful friend and mentor to me,” she said. “And Gwydion has been an advocate  and innovator through the creation of the National New Play Network’s New Play Exchange, which thousands of playwrights and theatres have found to be an essential resource.”

Gregory’s plays are posted on the exchange at https://newplayexchange.org/users/139/dw-gregory

Ezvid Wiki was the world’s first video wiki and is now among the top 3,000 websites in the United States. Its YouTube channel has over 500,000 subscribers, with nearly 300 million views since its founding.

The wiki can be found at  https://wiki.ezvid.com/m/7-talented-contemporary-playwrights-JZwWbVJk8EymC 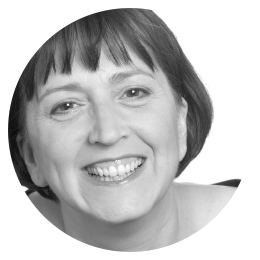